Greetings, dear Member and THANK YOU for your support over the past year.  Reports on some ofthe events that were organised are given below, followed by new dates for your diary.

On Saturday 24 November 2012 we had our Extraordinary General Meeting and the Annual General Meeting. Yet again, the attendance was a little disappointing but all the business was completed in a day.

After serving as President for 14 years, Flavio Gracias was at last able to pass the “baton” on to a new President in Ravi Vaz.  All the positions were filled except that of Welfare Director.

Hope you all had a great start to 2013. Thank you for putting your faith in me to lead the Goan Association.  It is an honour and a privilege.

I have inherited a legacy of years of selfless service to the community put in by the office bearers of the association before me. In a very special way I would like to thank Flavio & Bernie Gracias for their 14 years of invaluable service towards the Association and the community. I am grateful to the Board of Directors who I have worked with in the past two years for their support through my term as Vice President.  Their experience is an invaluable tool and l Iook forward to working together with them towards serving the community.  I would like to build on the legacy handed over to me and we would need to work together to be the change we want to see in others.

Having been around for the last couple of years, I have come to appreciate that the strength of our community lies with our youth. I would like to encourage them to participate more dynamically in the activities organised by the association.

2012 has been a massive success not only for Team GB but also Team GOA UK. In sports our very own hockey team excelled in their division and made us proud. Congratulations to all the members of the team for this feat. On the cultural front, the Goan Festival 2012 was an enormous success.Besides showcasing our rich culture and cuisine, our focus was on giving something substantial to the youth with Career guidance / IT taster sessions camps and a better all round entertainment for kids with the kids pavilion. Thank you for your participation and we look forward to a much bigger and better festival this year taking place on Sunday 28 July 2013 at the Cranford Community College.

2013 will be exciting and we look forward to your support in making it a memorable year.

Best Wishes to you and your families.  Ravi Vaz 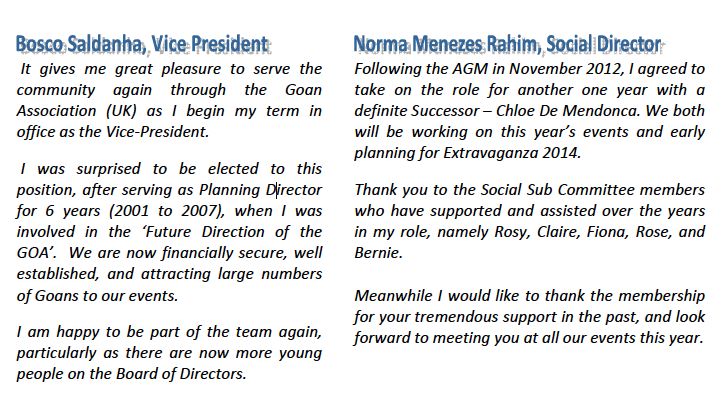 REFLECTING ON THE RECENT PAST ……… 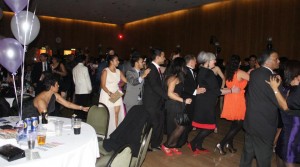 Despite the many dances taking place the previous week, Wandsworth Civic Hall was packed to overflowing with well-dressed revellers of all ages, including little ones.  The Electric Dreams Band supported by Say One Do OneDisco ensured everyone danced the night away!  Maggie’s Catering provided delicious snacks and meals.  The atmosphere was electric and a lot of the revellers compared this to the “days of the Clubhouse”.

There were some exciting Raffle Prizes to be won including two tickets to Goa with Air India, Sony LED TV, Sony Camera and Walkman etc.  Sincere thanks go to Norma Menezes Rahim and the Social Committee members this year (Claire, Fiona, Rose, Rosy, Lorraine, Sally and Chloe and her team), not forgetting Martin and Monique, and also to Bernie Gracias and the Board Directors for their tremendous support.  We are further grateful to all our donors for their generosity and support too.

PANTOMIME – Saturday 8 December 2012: Tickets for Jack & the Beanstalk at the Fairfield Halls, Croydon were sold out and this proved to be a most enjoyable show both for young, older and Senior Citizens!

In his homily, Fr Francis stated how poignant and wonderful it was to attend the GOA UK’scelebration of this feast over the years he has been in this country. It brought back fond memories of his life in Goa and the love he had for Goenche Saib.

Members of the Association and other supporters later enjoyed a very successful reception in the Parish Hall thanks to Bernie’s Kitchens, a well-stocked and subsidised bar and pulsating music provided by Nitelife.

A surprise was in store for Flavio Gracias – outgoing Chairman and his equally hard-working Company/General Secretary/wife – Bernie Gracias, when one of the long-serving members – Bonnie D’Souza – came on stage to laud their efforts over the past 14 years and to present them with gifts.  Everyone also welcomed the new Chairman, Ravi Vaz and Vice-President, Bosco Saldanha.

Eleven teams took part in this annual indoor event held at the ATC Hall in South Wimbledon. The Trook Tournament has been organised by Jacinto Fernandes for as long as we can remember and it has always been a keenly contested tournament.

The proceedings, which began at 12.00noon sharp, were noisy with fierce rivalry between the teams but the atmosphere was very friendly and enjoyable. Many of the players have been participants since the inception of this tournament. The marathon event finished at about 11.00pm and the winners were Mungul who repeated their winning streak from last year. The worthy runners-up were Alphonso Five. Flavio Gracias presented the trophies to winners and losers and the floating trophy, donated by Bonnie De Souza, was presented by the man himself. 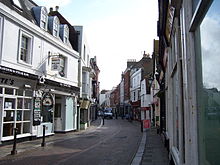 A full coach load of day trippers descended upon Hastings on a fine day to enjoy this historic seaside resort – fish and chips for lunch coupled with a train ride to the Castle and a panoramic view of this seaside town. There were quaint shopsand naval museums to visit and a ride on the mini seafront train, finally finishing off with what is a must in any seaside resort – a delicious ice-cream cone!!!

We have over the years done most of the seaside resorts, so if any members would want to go back to a resort they enjoyed before e.g. Eastbourne etc, let us know and we are happy to do a repeat journey, otherwise we will need to look for another unexplored resort.

Sadly, this annual event held at Cranford Community College for the first time, attracted a poor turnout of sports competitors. Nonetheless, there were the usual track events, various tournaments and everyone still enjoyed themselves.

2013 SPORTS FESTIVAL: To be confirmed

The 10th anniversary of the GOA (UK) Golf Open was celebrated in grand style on a sunny Sunday morning at Blue Mountain Golf Centre in Bracknell with a total of 58 players taking part.   In the usual high standard, the organisers made the golf day a spectacular event and raised £1371.71 for the Goan Welfare Society charity.

The morning started with golfers having breakfast and receiving high quality golf shirts and caps.  The caps were kindly donated by Richard De Souza. Golfers were also given refreshments on the course and dinner after the competition.

The following were the worthy winners:

There were also winners for nearest the pins, longest drive as well as a Team prize.

The whole occasion was a great success mainly due to the generosity of a number of donors and sponsors of gifts and prizes.  Stanley Colaco in true auctioneer style managed the auction and raffle for the GWS charity.  The next event is expected to take place in early JULY 2013 and the organisers will contact all budding golfers as soon as a venue has been arranged.  Details will also be posted on the GOA UK website.

This was another huge success – thanks to the planning of the arrangements under Ravi Vaz, Chairman.  There were loads to keep young and old occupied and entertained and the brilliant sunshine enhanced the day.  Further excitement was generated with the presence of special chief guests – particularly Reita Faria – ex Miss World, who has lost none of her charm and beauty.

Fr Peter Soares SFX conducted a truly poignant service at SS Peter & Paul Church, Mitcham (the Pilar Mission in London). We were pleased that the attendance was very good compared to previous years and we hope that this trend continues.  A tasty 3-course luncheon, provided by Anne & George, as well as a raffle was held in the adjacent church hall.

Thanks were accorded to the Pilar priests for offering us the use of the Church & Hall for this annual service and to Nina Pinto for her tremendous help.

TO THE FOLLOWING NEW MEMBERS

Meetings and training sessions have takenplace, enabling interested people to learn more about the Project and to offer their support.

There were 2 fully attended workshops – Forgotten Goan History (Royal Geographical Society) andTracing your Goan ancestry (Bexley Library) and Selma Carvalho and her team have conducted 37interviews and mini clips have been uploaded on http://www.britishgoanproject.com.

Apart from these, a packed audience at the Goan Festival were shown a 25 minute documentary,   The Cataloguing, Recordings and summary transcripts have been deposited at the British Library and these will become available to the public mid this year.  Future projects include an Exhibition at the Nehru Centre from 4-15 June and a book.  This project has certainly sparked much interest not only in the UK but worldwide.

Please remember the Goan Welfare Society which is, to the best of our knowledge, the only Goan Charity that looks after the Community in the UK.

Over the past years, we have been approached by Social Security and other agencies for help in dealing with members of our community who were in distress.   However the rules do not allow us to divulge details.  We are extremely grateful to the few volunteers who give of their time and support in these cases.

The next fundraising event – our annual Black & White Ball is planned for later this year but we can do with more funds.  Do consider making donations or joining in the planned giving scheme. Why not consider joining the Charity for a one-off subscription of £1 or offer your help as a volunteer.  Full information is available on our website or from the Welfare Director.

MESSAGE FROM THE TRUSTEES OF THE GOAN WELFARE SOCIETY:

Thank You for Helping a Fellow Goan

In March 2013, the Goan Welfare Society, with support from the Goan Association UK, Ealing & Hounslow Goans, Croydon Senior Citizen Goans and members of the Goan Community, was able to repatriate the body of a fellow Goan – who had only resided in the UK for four months and died after a short illness – back to his family in Goa (wife and two small children) for Burial.  Before repatriation, a poignant service was held conducted by Fr Francis Rosario SFX and attended by various representatives of the above organizations.  The funeral in Goa was held on 1 April 2013 and the Goan Association (UK) was represented by Richard Fernandes, our Finance Director.

Thank you for all your generous donations and your speedy response that made this possible. We are very fortunate to have Donors like yourselves to join in a tremendous team effort of immediate and urgent fundraising.

The lucky recipient chosen for the programme was Alistair Lobo.  He appears to have really benefitted from the packed programme in Goa and Delhi and anyone interested in learning more about the KGP, will gain some insight from his inspiring report uploaded on our website: www.goauk.com