Saturday 5th August 2006, saw a 49 seater coach travelling to Brighton with the GOA emblem at the front, taking a group of senior citizens for a day out.  The weather was perfect and the journey was trouble-free.

However, a few miles before entering Brighton, an accident created a traffic jam and the coach had to divert via Haywards Heath, but we all got to the Gala Bingo Club in one piece, ready to have a bite to eat and a drink to quench the much felt thirst.  After spending the afternoon indulging in Bingo, where several of our party won prizes, all the senior citizens went for a walk along the beach front, guided by two Brighton residents, Diana & Guilu Pires, who joined the party on arrival in Brighton.  Unfortunately, by then the Gay Parade had passed through Brighton and we missed a very colourful show!

After an hour of absorbing the delights of the Pier, the party left Brighton in a happy and jovial mood, which resulted in a sing-song on the coach journey back.  All were surprised to hear the gifted voices of our Cultural Director and Company Secretary Alfie and Anita Rebello (hidden talents may we say!).

By all accounts this first senior citizens trip was such a success that it was suggested that the Goan Association (UK) consider making this an annual outing.  The Board will be giving it serious consideration. 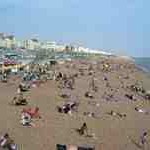 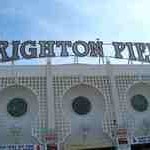 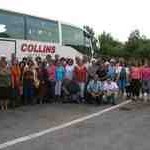 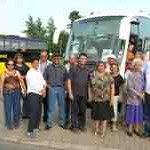 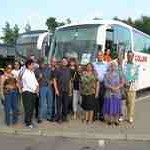